February 23, 2018 Posted Under: Houseboats No Comments

With 360 miles of shoreline, and waters spanning 30,000 acres it’s no wonder Shasta Lake has been named of the best 10 houseboating lakes in the United States. The area is well known for its stunning mountain views and endless points of interest. Families, friends, and business colleagues have been vacationing on and around this beautiful lake since it was created.

There is certainly no lack of activities available to visitors, but fishing is one of the most popular and for good reason. The presence of both warm and cold water species allow anglers to hook a large variety of fish, but the following five types are the proven favorites. 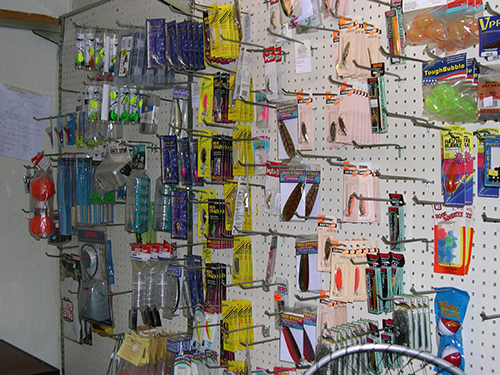 The fish tales involving sturgeon in Shasta Lake abound. While these are not fish you would want to eat, per se, they sure do offer fishermen the chance to boast. Once man reportedly watched as a 400-pound sturgeon come half-way out of the water and create a splash the size of a cabin cruiser when it fell back beneath the surface.

According to experts, the sturgeon are actually unable to spawn in the environment offered by the lake, but they have been known to live 100 years or more. Reports of boats being pulled across lakes and sightings of the famed “white sturgeon” are bound to keep anglers returning for the chance to tell more tales.

Largemouth bass may be the area’s most consumed wild fish. There are few times each year that these fish are not available for the taking. They spawn in springtime, bringing them into the shallow waters of coves where they spend much of their time basking in the sunshine-warmed waters. Of course, one must be sure that they stay within regulated sizes and numbers.

Additionally, the occasional smallmouth bass may be caught, but do not worry because they are just as tasty as their larger-mouthed counterparts. These fish are easily cleaned and cooked up, especially if your party springs for amenities offered by houseboat rentals in the area.

Less common than bass, but equally enjoyed by seasoned fish-killers, chinook salmon are the largest of their kind. You may have heard these anadromous fish referred to as king or spring salmon. Regardless of the name, they are prized by both health nuts and prize-seeking sport anglers.

Salmon are most easily caught during the late summer when they enter fresh-water rivers and streams up and down the west coast in order to return to the homes of their birth. In fact, it is this short and slightly unpredictable season that makes their obtainment difficult and brag-worthy.

Unafraid of humans, and built perfectly for the frying pan, bluegill make their homes in and around old submerged tree stumps and other water plants. Depending on the time of day or season, lake visitors may catch these edible game fish in either very deep or very shallow waters. According to fishermen, they prefer small aquatic insects and fish as bait, but the omnivores will eat just about anything that fits in their mouths.

Unfortunately, the time and season and whether you are fishing off the shoreline or the back of a luxury houseboat, you will still compete for a bluegill’s attention. These smaller fish are considered a key piece of the local food chain. They provide nourishment to the larger trout and bass species as well as humans.

Easily caught during the cold winter season, crappie is considered among the best-tasting fish available. Both species of this fish, one black and one white, tend to feed on smaller fish, including the young of their own predators.

Crappie is most active during feeding time at dawn and dusk when they move from their hiding places among weed beds and submerged objects and into the open water or nearby shorelines. To catch them, a method known as “spider rigging” allows houseboat dwellers to cast several lines, upping their chances of success.

Even if you don’t enjoy eating fish, you can still have fun catching them. Adversely, if you love to eat the tasty flesh of the mentioned species, you can just ask someone else to catch them for you. You will probably have no shortage of volunteers hoping to tell their fish tales once they return home.